9 January 2015
Birkbeck College, 6pm
presented by The Birkbeck Institute for the Moving Image in association with the BISR Guilt Group

11 October 2014
Attenborough Building Film Theatre (University of Leicester)
as part of  Me, Myself, and Others: A Cinematic Approach to Latin American Encounters 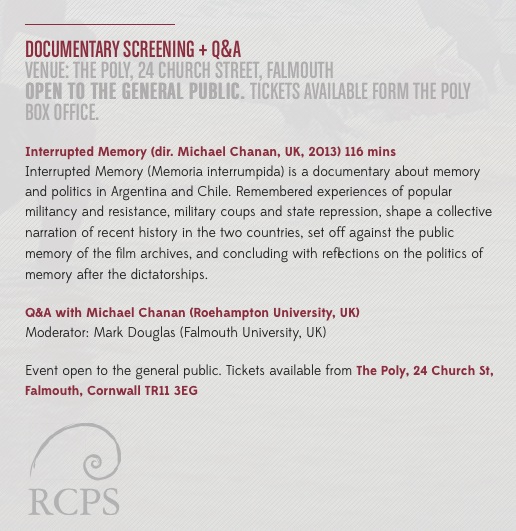