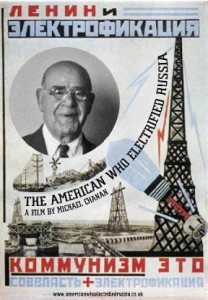 A documentary by
Michael Chanan

A film about the role of the individual in history, and of history in the individual. Solomon Trone (1872-1969), a cousin of the film-maker’s grandmother, is a figure unrecorded in the history books, whose life was nonetheless intertwined with History, but in paradoxical fashion: as a communist revolutionary and a director of General Electric (first in Russia, then the USA). Drawing on archives both public and private, this is also a film about the gap between family memory and public knowledge of history—not the history we think we know, but another history, lived in another way.

Available for purchase and streaming from Artfilms

One Response to The American Who Electrified Russia