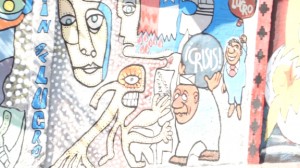 Watch the original version of Protest on the New Statesman here